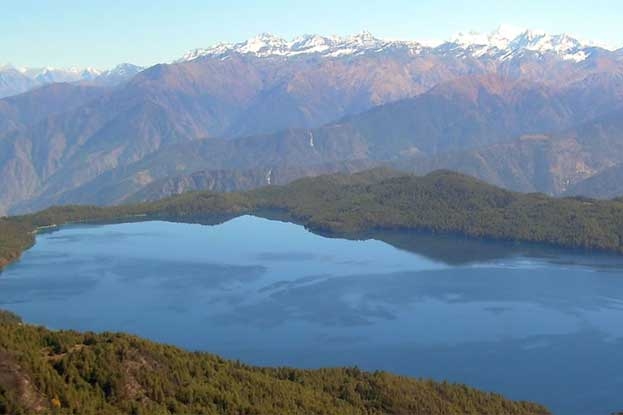 Pick up and Drop at Airport by car.

The journey to Rara Lake is totally different than another trek because of its own unique features. Such as the route to Rara lake is too much off beaten track and affords glimpses of Himalayans, Forest as well culture. Rara Lake is the highest lake in Nepal and Proudly addressed by Nepalese as the Queen of Lakes. The other attraction of this trek is Rara National Park which is considered to be the finest parks in the world and is an ideal habitat for Red panda, Thar,  leopard, Himalayan Goral, musk deer, Himalayan black bear and other exotic animals as well as birds.

One of the most fascinating and incredible treks called Rara lake trek.   The area lake trek covers a whole Himalayan range lies north-west of Kathmandu in the remote area of Karnali. The length of Rara Lake is 5 kilometres and width is only 2 kilometres.

The journey to Rara Lake is totally different than another trek because of its own unique features. Such as the route to Rara lake is too much off beaten track and affords glimpses of Himalayans, Forest as well culture. Rara Lake is the highest lake in Nepal and Proudly addressed by Nepalese as the Queen of Lakes. The other attraction of this trek is Rara National Park which is considered to be the finest parks in the world and is an ideal habitat for Red panda, Thar,  leopard, Himalayan Goral, musk deer, Himalayan black bear and other exotic animals as well as birds.

The month of November and April is a very special time to watch diverse birds which are migrated from other places.  In the winter season, the lake ridge is surrounded by snow as well Another special attraction of this trek is a profusion of alpine flowers during the autumn season. The Rara lake trek is surrounded by a beautiful forest of juniper, pine, spruce as well its host verity of unique flora and fauna. The park has more than 200 species of birds, 51 species of mammals as well more than 1000 species of Flora.

The month of April to May as well September to October is the best time for this trek. We suggest that Rara Lake Trek is suitable for those trekkers who are mentally as well as physically fit.

You will be welcomed and received by our representatives at the Airport and then be transferred to the Hotel.

One day sightseeing tour in Kathmandu where you will explore and visit the UNESCO enlisted sites like the holy shrine of Pashupatinath Temple, the Bouddhanath Stupa, and the Swayambhunath Temple also known as the Monkey Temple. You will also visit the historic Durbar Squares of Kathmandu,  before returning back to the Hotel.

Fly to Nepalgung and Explore Nepalgunj.  Overnight at local hotel.

You will enjoy the short mountain flight and reach Jumla in around thirty minutes from Nepalgunj. Your real trekking then begins from Jumla as you will carry on the trek towards the western part known as the Padma. Padma can be followed via two trails–one is Gumgarhi and the next one is Rara. Overnight stay in a tented camp.

The track beyond the Padma continues rising along the north side of Ghurseni stream. We leave the last fields at 3048 meters and climb to the first pass, Khali Langa (3545m), four kilometers from Padmara. We follow down the right bank of the stream to a foot-bridge at 3353 meters and cross it to the west side. We continue descending north for one hour through dense forest to reach a log bridge at 2743 meters over Sinja Khola, here called Lah Gad. Cross the bridge to the north side, turn west and climb to Bumra (2830m) about two kilometers further.

We cross the bridge and climb up to the hamlet of Jhari from Pina (2500m). It will take just over two hours to reach Jhari from Pina. From Jhari, we ascend west along a ridge for about 700 meters to reach a low saddle in two hours. The large lake is visible directly north of this saddle. From here, it is pleasant descent to the meadows on the south side of the lake. The village site of Rara (3040m) on the north side is a pleasant two hours walk along the western bank of the lake. Overnight at camp.

The rest day explores the fascinating beauty of Rara area. Rara area was designated a National Park in 1975 and it takes about eight hours to walk round the lake. Overnight at Camp.

In Day 9 we also stay in Ghorasain at camp. We will start our journey from Rara lake and start to Climb Downward.There is no surpass on this high ridge and the trail goes round to the southeast at an elevation of 3749m. The trail again moves downward by the east section of Chuchemara Danda. It is the sensible and vertical slide down to Ghorasain (3271m).

A more interesting trail with the better scenic prospect is to climb Diyabala Danda due south of Ghorasain. The climb begins immediately west of Ghorasain and takes about an hour through the forest to top the crest at 5351 meters. The trail then skirts southeast above the high fields of Lumsa. There are good views to the south along the Sinja valley. Overnight Stay at Camp.

Chere Chaur is a charming Alpine grazing land anywhere flowers are in abundance all through the later summer. It offers finicky scenery of the Jumla town, the valley of Tila plus promoting than Chyakhure Lekh. The revisit to the town campsite is amusing tumble in deliberate stages. Overnight stay in a tented camp.

The Final day of our trek will back to Kathmandu.

Rest day at kathmandu and got a shopping and visit kathmandu.

May be  Final day of your trip in Nepal if you have not sufficient time to do another Trek.