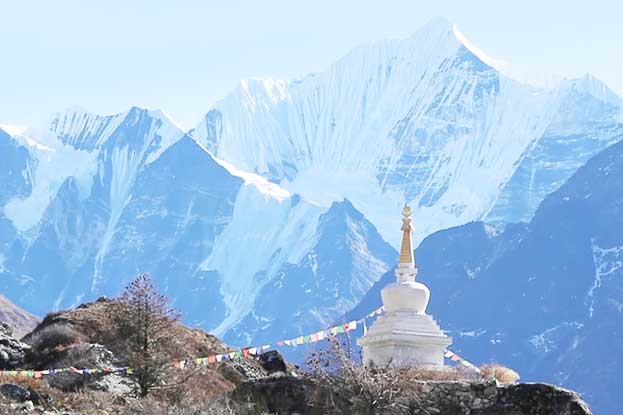 Autumn and spring are considered the best seasons for trekking in this amazing region of Nepal. Langtang region trek would be the alternatives to do more adventurous trek than  Langtang valley Tamang heritage trek. If you prefer Langtang valley trek then join with Nepal Holiday Treks And Tours.

If you are a robust person and want to have an adventurous journey around the Himalayas of Nepal which includes the natural as well as cultural aspect then this Langtang Valley Tamang heritage Trek will be the perfect one. This strenuous Langtang valley Tamang heritage trekking can be best committed from October to May and the maximum altitude reaching up to 4600 meters offering the views of different mountain ranges like Langtang, Ganesh Himal, Manasalu, Lakpa Dorje Himal etc as well as the cultural glimpses of Tamang aboriginal community with their unique lifestyle, cultures and architectures used to make different monasteries as well as houses too.

During Tamang Heritage Trek you can get cultural glimpses of the tribunal people from Tamang, Brahmin, Chhetri, Tibetan group of people. You can also get the views of some Chinese mountains as you will be travelling around the Langtang valley which lies at the boarder of China and Nepal. Finally this pack is a mixture blender of trekking which includes the experiencing opportunity of Natural as well as cultural parts. This trekking specially unfolds the hidden cultural aspects of Tamang community people inside the rural but marvelous Langtang valley. The best season for the commitment of this trekking is considered as from October to December and March to May although it can be committed in the other seasons too.

Langtang region offers various trekking options. The famous trekking trails in this region are Langtang Valley Trekking, Langtang Gosainkunda Trekking, Helambu Trekking, Tamang Heritage Trail Treks and Panch Pokhari Trek. The region offers both styles of trekking: tea-house trek as well as camping trek. Autumn and spring are considered the best seasons for trekking in this amazing region of Nepal. Langtang region trek would be the alternatives to do more adventurous trek than  Langtang valley Tamang heritage trek. If you prefer Langtang valley trek then join with Nepal Holiday Treks And Tours.

Drive for a total of 9 hrs by local bus or private vehicle on a paved highway that twists and climbs over ridges to the Trishuli valley.We move through Trisuli bazaar to Betrawoti and finally on a rough twisting road to Dhunche. Here, You will enter the district Headquarters of Dhunche where your Langtang National park permit will be checked. A further 2 hour drive brings us to Syabru besi where we will stay overnight at hotel.

In while trekking you can experience some of the Tamang culture. You can see scenery from view point especially as you walk through a local village. The cultural show at Goljung and Gatlang makes your trekking a memorable one. Gatlang set high on a hillside among terraced fields is a Tamang settlement. One can visit a Tamang monastery and beautiful Parvatikunda Lake at Gatlang. Stay overnight in Ghatlang.

On the way you enjoy the sightseeing of the Langtang range and Ganesh Himal. At Tatopani which naturally signifies ‘hot water’, you can take a hot bath in natural hot springs with bathing areas in the lap of the mountains. It is believed that taking a dip into this spring will heal you from your aches and pains. This day’s trekking provides you an opportunity to experience the Tamang culture. Stay overnight at local people house.

En route you may encounter animals like monkeys and deer. The panoramic view of Langtang, Kerung, Ganesh Hima and Sanjen ranges can be distinctly experienced from Nagthali. Nagthali used to be a popular meditation center for the local monks and priests. Another cultural village, Thuman, is popular for its Shamanic performances and beautiful view of Langtang. Beautiful views of the mountains can be seen from every house in Thuman. Stay overnight at Thuman.

While trekking from Thuman to Timure you can visit nearby historical Rasuwagadi. This day’s trekking grants you an opportunity to observe Tibetan Burman Tamang culture in two of the villages on the way. Timure is on the old trade route to Tibet. A fort here is a historical reminder of the Nepal Tibetan relations that have existed for many centuries. A suspension bridge here links Nepal and Tibet. Stay overnight in Timure.

You can experience the village life of Briddim and enjoy a cultural show performed by community members. You can also experience a home stay and Tamang culture. To mention a little about Briddim, it is a Tibetan Buddhist village in the bosom of Langtang Himal. Around 43 houses are spread in a Z shape. Most of the houses are made up of stone and have roofs of split shake. As direct descendants of ancient Tibetan immigrants, the culture and tradition of Briddim closely resembles that of Tibetan villages. Stay overnight in Briddim.

Village walk at Briddim, observing the local lifestyle and culture, and interacting with the locals. Trekking from Briddhim – Lamahotel. En route to Langtang, the settlement of Lamahotel is located on the banks of Langtang river and surrounded by lush forests and mountains from here start the tea house lodge basis accommodation. Stay overnight in Lama Hotel.

Trek through rhododendron & pine forested area for about 3 hrs to reach Ghora Tabela for lunch. After a further 3 hrs trek the trail reaches Langtang village inhabited by Buddist Tamangs and Tibetans. Stay overnight in Langtang Valley.

The trek continues further with views of the himalayan scenery. The path is easier, crossing many stones for about 3hrs and reaches Kyanjing Gompa where we will have lunch and stop for the night. Here you can relax, explore the surroundings and enjoy beautiful views of Mt. Ganchempo & Langtang Himal. Stay overnight at teahouse lodge.

Enjoy you breakfast with beautiful mountain views. We then continue on the trek down to the langtang valley and further on to Ghora tabela for lunch. Afterwards, trek down to Lama Hotel for the overnight stay. This is a long day but the walk is easy as it is mostly downhill. Stay overnight at teahouse lodge.

Trek back all the way down hill to Syabru besi it takes about  5 hour walk  and over night at Syabru besi. Stay overnight at teahouse lodge.

In the morning drive back to Kathmandu by Local bus or private vehicle. The drive takes 9 hrs to Kathmandu.