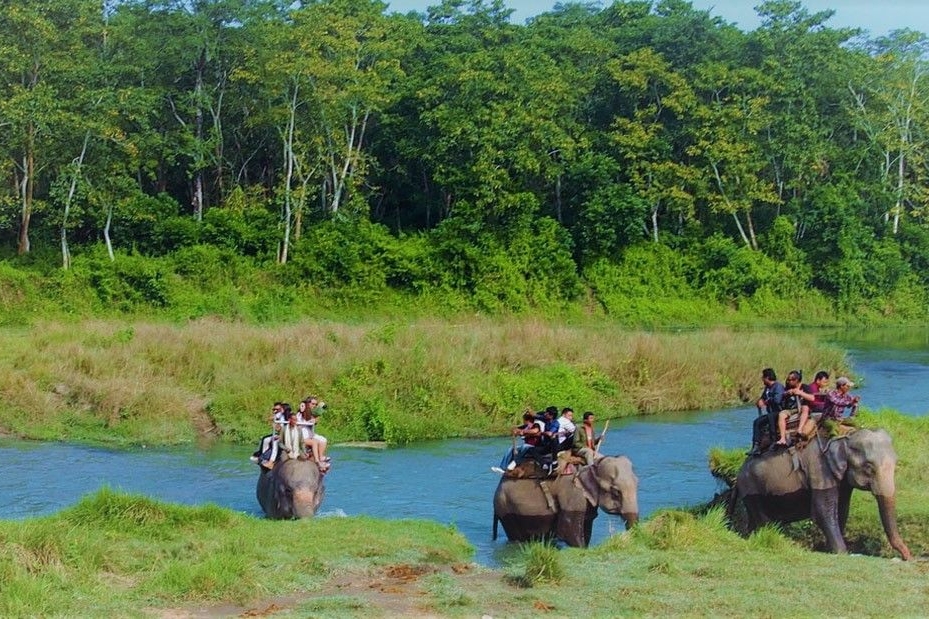 After visiting the Chitwan we are heading to Pokhara t0 reach the city of Lakes. Lumbini being popularly known as the birthplace of Gautam Buddha is locate in the Rupandehi district of Nepal. Lumbini was made a World Heritage Site status by UNESCO in 1997. Lumbini has a number of temples, including the Mayadevi Temple and several others which are still under construction.

One of the top family tour packages is called Kathmandu Chitwan Lumbini Tour because it gives an opportunity to explore the  City of Temple Kathmandu, at the animal heritage Chitwan.

After visiting the Chitwan we are heading to Pokhara t0 reach the city of Lakes. Lumbini being popularly known as the birthplace of Gautam Buddha is locate in the Rupandehi district of Nepal. Lumbini was made a World Heritage Site status by UNESCO in 1997. Lumbini has a number of temples, including the Mayadevi Temple and several others which are still under construction. Many monuments, monasteries and a museum, the Lumbini International Research Institute, are also within the holy site. Also, there is the Pushkarini, or Holy Pond, where the Buddha’s mother took the ritual dip prior to his birth and where he had his first bath. And the Ashoka pillar one of the attractions marked as Ashoka’s visit to this site.

May You want to do another mesmerising tour, if so  Family Holiday Trip In Nepal is alternative for you.

Arrival in Nepal: On the very first day of your days in Nepal, you shall be greeted from one of our representatives at airport and transferred to your respective Hotel. We will make a quick review about the plans and preparation for the upcoming tours for our proper understanding of the trip.

Today, we shall be making swift and nice visits to several sites mainly focusing in the capital city. Early in the morning as soon as our breakfast ends we shall be heading for Pashupatinath-the most old and popular temple for Hindu people around the world. Kathmandu Durbar Square: It held the palaces of the Malla and Shah Kings who ruled over the city.And in the evening time we shall be heading for the largest stupa in the World as Bouddhanath Stupa. Here we shall be enjoying the sunset and do the kora (making clock wise direction walk) around the stupa.

On this day we will be visiting to finest sites in the valley like, Swayambhunath, Patan, and Bhaktapur Durbar Square.

Another most happening place for the day is Bhaktapur. It is also enlisted under UNESCO world heritage.

Chitwan: As soon as our breakfast is over we head for Chitwan which is a 5 hour drive from Kathmandu. We get freshen up at our lodge and meet our safari there for our jungle trip. We then make a short trip around the Tharu community and visit the museum there.

Explore Chitwan: On this day we will be making whole lot of enjoyment around the jungle and with its beautiful lives. We will do the bird watching, since the National park attracts the largest number of birds in Nepal. We will also do elephant ride through the community forest, and carry on further excursion like hiking in the jungle looking for wild lives, visit elephant breeding site, and take elephant bath in the ponds.

Ride to Lumbiini: Take a ride for Lumbini which is a 4 hours ride. We get to our lodge and freshen up and hang around the main site the Buddhist pilgrimage.

Lumbini: Today we will be greeting and make a prayer to Maya Devi temple first and then we will make a visit to every possible site museum, peace pagoda, monument, and pilgrimage made by different nation as their devotion toward Lord Buddha.

From Lumbini to kathmandu Drive by car and overnight stay in kathmandu.

Our final day farewell and departure.