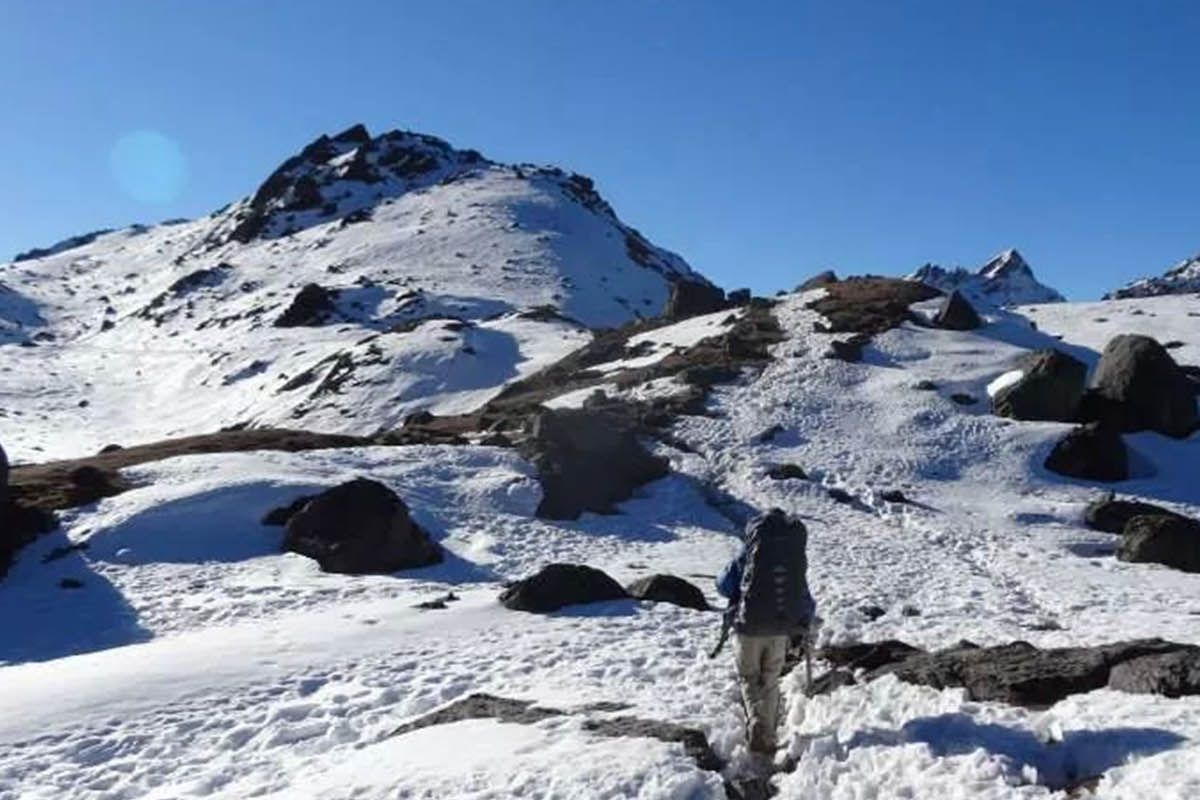 If you are looking for doing another as much as the similar type of trekking then Gosainkunda, Langtang &  Helambu trek would be the alternative for you. Gosainkunda, Langtang and Helambu Trek is an another admired trekking destination in Langtang trekking region of Nepal. With more than thousands of plants, as well as more than 150 species of birds as well as other mammals found on the route, are attracting the trekkers day by day. The trekking route offers various heart-throttling scenarios of mountains such as Langtang Lirung (7,200m) Ganesh Himal (7,600m) and Langtang -II (7,227m) etc.

Gosainkunda via Langtang Valley Trek is the fascinating trekking trail of Langtang Region.The nearest mountain valley to the capital city is Langtang that passes through the premises of the very first national park of Nepal, Langtang National Park. Despite being very close to the city, the lifestyle of the people in this region is influenced by Tibetan lifestyle. The Langtang valley is popular with many names like “The Valley of the Glaciers”, ”The Yak Valley”. The track leading to this region is accompanied by varieties of bamboo forests, rhododendron, snow-capped mountains,  glacial moraines, a mystic gush of rivers, diverse flora and fauna, religious shrines with Tibetan influence, the caravan of yaks, beautiful grazing horses etc.

Gosainkunda pass trekking is situated close to the Tibetan border. It is a remote valley enclosed by snow-capped mountains that end in the peak of Langtang Lirung (7246m). Since the Gosainkunda pass trekking offers superb Himalayan views, including of Langtang lirung, Dorje lakpa, Gaurishanker, Rolwaling Himalayan range, the Langtang Himalayan range and Annapurna Himalayan range among others, as well as the holy lake Gosainkund lake, Tibetan monasteries, wild animals such as mountain Thar, snow leopards, jackal, red panda, rabbit, monkeys therefore, it has been at the center of attraction among many tourists coming to Nepal. The views of snow-capped mountains like Langtang Lirung, Pemthang RI, Langshisha RI, Dorje Lakpa, and Kangchenpo, Tilman’s fluted peak seem really awesome. All these fabulous moments can be achieved in a few days of the trip making the 8-hour ride to Syaprubesi.

If you are looking for doing another as much as the similar type of trekking then Gosainkunda, Langtang &  Helambu trek would be the alternative for you. Gosainkunda, Langtang and Helambu Trek is an another admired trekking destination in Langtang trekking region of Nepal. With more than thousands of plants, as well as more than 150 species of birds as well as other mammals found on the route, are attracting the trekkers day by day. The trekking route offers various heart-throttling scenarios of mountains such as Langtang Lirung (7,200m) Ganesh Himal (7,600m) and Langtang -II (7,227m) etc.

You shall be approached by one of our office representative as soon as you step your feet at the airport and escorted to your respective hotels. And you shall be accompanied in the tourist area, market or left to your own self as you wished to, also made preparation for the trek.

Drive to Syabrubesi comprises of direct 8 hours of ride through the Trisuli highway. The Trishuli market falls along the mid-way of the journey with plenty of shops, inns and hotels to have snacks or buy anything in case you’ve forgotten to bring from Kathmandu.

Our very first trail trek starts from Syabrubesi heading towards Timure(Setang). It takes us about 5-6 hours of walk through the beautiful nature trail.

On this day, the trek leads through more dense forest, chiefly of bamboo, pines and rhododendrons where you can have frequent encounters  with wild habitats like langurs, local boars, partridge , mountain ravens and other species. After making few yet exciting climb, we arrive at the final stop for the day- Sherpagaon for the overnight stay.

The trail follows the way to Rimche, then to Lama Hotel and the trail climbs through a forest of hemlock, oaks, maples and rhododendron observing glimpses of Langtang Lirung, reaches to Gumanchok  and then climbs to Ghoda tabela.

The trek then leads to Thyangsyap and further to Langtang and the checkpoint for Langtang National Park. Overnight stay in Langtang.

On the way, we come across various chortens, water-driven Manis, prayer flags. On the mid-way, we will confront yaks and horses that are very docile and domesticated, contrary to their fierce size and gaze. Kyanjing village is the seat of Kyanjing monastery from where it derived its name and there are plenty of hotels and lodges, most of them having facility of electricity. We can even utilize telephone facility from one of the inns here.

On this day, we will be doing a short hiking to any of these three hills, Kyanjing Ri, Cherkop Ri, or Yala peak. Or we have other option to visit glacial moraine, Kyanjing monastery, and cheese factory.

With few hours of playful walk, making snaps of the beautiful valleys, and mountains we reach back to Lama Hotel.

We will follow a new route but with similar dense forest, flora and fauna on this day. The roaring sound of river following from the below will help us focus our self out of the tiredness. We may as well enjoy the hot spring in the place called Pahiro before reaching Thulo Syabru.

On this we are making quite a short trip to Sing Gompa. It’s about 3-4 hours of walk.

The trail ascends through the tall fir trees, and to the increasingly panoramic views of the high mountains. Laureninayak is a beautiful place to make a stop for a while before we enter into the barren upper reaches of the Trisuli river where glacial moraines and rockslide have left the strings of half dozen of lakes. Then the most sacred and renowned lakes of the Nepali Hindus “Gosainkunda”.

The divine beauty of the holy lake is the high point of the entire trek. On this day we are getting a bit of rest and explore the Gosainkunda all day long.

On our trail we shall encounter few more lakes and a temple of Sakyamuni (Lord Buddha). With a slow walk we shall reach Tharepati.

Making bit of up and down trail passing rhododendron forest we lead to Kutumsang.  It’s about 5:30 hours of walk.

Making 6 hours of walk from Kutumsang we reach to Chisopani.

Taking down to Sundarijal a downward trail, we shall be at Sundarijal bus park in about 4 hours of walk and back to kathmandu by bus .

And you shall be escorted to your respective international flight as when you need it.